HFA Getting National TV Attention on TSN and CFL

HFA recognized by Mark Cohen CFL commissioner and TSN. Will participate in commercial to run during CFL games 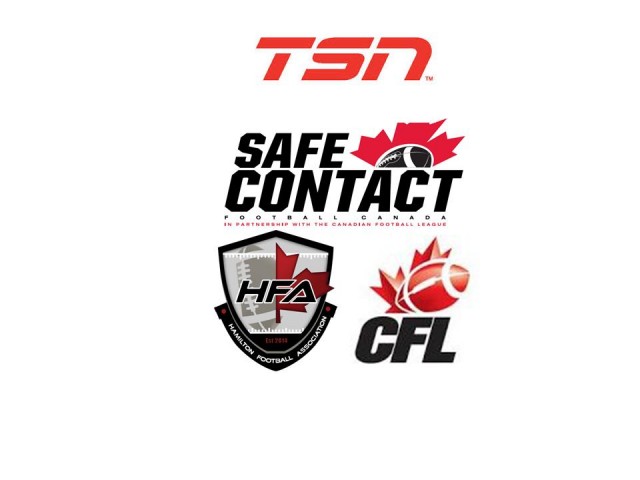 Video crews associated with the CFL and TSN along with Football Canada’s Safe Contact program will be on hand filming Hamilton boys and girls at practice and following Safe Contact principles.

The appearance is intended to show support for the HFA’s efforts to promote safety in practices and games. The HFA is Canada’s first football organization to institute a comprehensive Safe Contact program.

Video crews associated with the CFL and TSN along with Football Canada’s Safe Contact program will be on hand filming Hamilton boys and girls at practice following Safe Contact principles.

The CFL’s Hamilton Tiger-Cats are official supporters of the HFA as members of Football Hamilton, the oversight organization that operates as the HFA.

• Controlling the speed and intensity level of contact in practices.

“The Hamilton Football Association has showed tremendous leadership in ensuring that boys and girls are able to play minor football in the safest circumstances possible,” said Cohon, the CFL’s 12th commissioner. “We applaud the HFA’s efforts to implement comprehensive Safe Contact practises.”

The Ontario Trillium Foundation (OTF) has given the HFA a two-year, $118,600 grant to expand its Player Safety Initiative for 2014-15. One component of the initiative will involve purchasing state-of-the-art helmets to ensure maximum protection for players. Many of the HFA coaches have received certification for proper equipment-fitting techniques. All head coaches in the HFA program have taken official Safe Contact training.

Registrations for the fall sessions of Rep and Minor Development (grassroots) are now being accepted. Players and parents can sign up online at jrticats.com or email jrticats@gmail.com

ABOUT FOOTBALL HAMILTON AND THE HFA:

The HFA youth division (ages 7-14) is led by Joe Sardo as HFA Football Operations.  HFA’s youth model “Play like the Pros” implements a Spring Program designed to help participants to learn and/or improve their football fundamental skills regardless of experience levels and a fall competitive Rep and House League.  The varsity division is lead by Rob Underhill servicing spring rep football ages 14-19.

For more information about the Hamilton Football Association visit: footballhamilton.com. or jrticats.com.