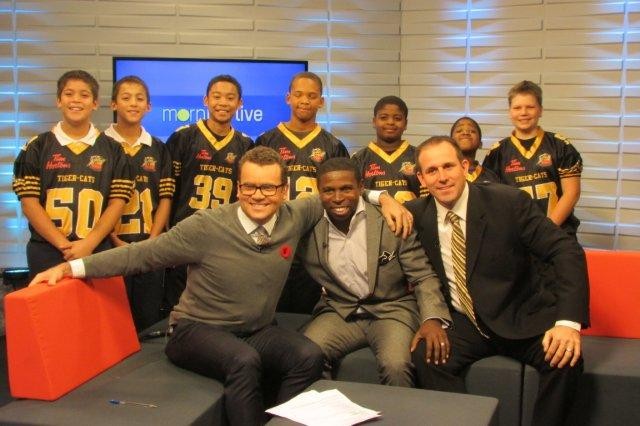 HFA Director of Football Operations, Joe Sardo, along with several players from the HFA Jr. Ticats met with Mike “Pinball”Clemons on the CHCH-TV set on Nov. 5, 2014 to promote the Mike Pinball Clemons Foundation (www.mpcf.ca) 5K Playoff Run being held in Toronto on Sunday, Nov. 15.  HFA will partner with the MPCF by having members of the HFA Roar Club and players participate in the 2nd annual run and look towards expanding their relationship linking Hamilton in 2015.

Also view and share your HFA pictures  at https://hamiltonfootball.shutterfly.com