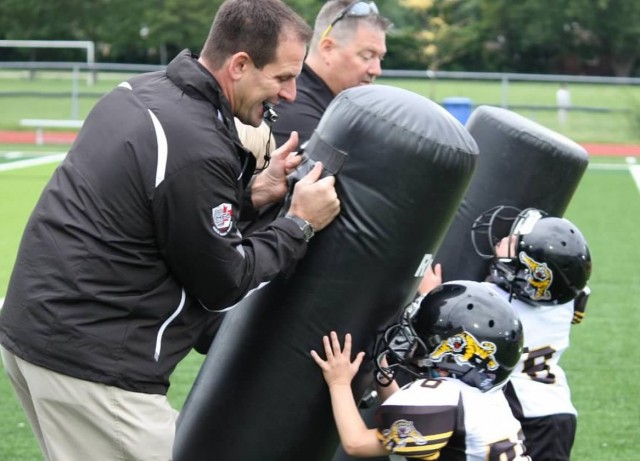 Winner of national grassroots program to receive $5,000 in new equipment for their football program and $5,000 in BlackRock Canada bursaries for local players in need

Toronto, ON – Wednesday November 19, 2014 − Ten finalists have been named for the 2014 NFL Youth Coach of the Year Award, the NFL announced today.

The award, now in its 16th year, is presented by BlackRock Canada, an industry-leading investment management and services provider. Run in conjunction with Football Canada, the award is designed to recognize community or high school level coaches across Canada who dedicate themselves to the development of young players both on and off the field. The award is not based on wins and losses.

The following ten youth coaches (coaching organized teams of football players aged 19 or under) are this year’s finalists:

Current and former players, volunteers, fans, parents, administrators, school principals and fellow coaches submitted short essays recognizing the positive impact a coach in their community has on young players. Nominators were asked to consider how their coach teaches respect, leadership and appreciation for community and the game of football when drafting nominations.

Among this year's finalists are:

Over the past 15 years the program has contributed more than $180,000 in equipment and facility upgrades to deserving coaches and programs.

"BlackRock Canada is proud to recognize the efforts of these ten very deserving finalists," said Noel Archard, Managing Director, Head of BlackRock Canada, who will help cement the winning coach's legacy by creating $5,000 in bursaries that will assist young players in the coach's community who are in financial need. “These coaches are community builders and are nothing short of inspirational.”

The NFL will donate $5,000 of new football equipment to the winning coach’s program. The two runners-up schools will each receive $2,000 in equipment.

The winning coach will be selected by a panel of journalists from across Canada. Winner and runners-up will be announced via press release and posted online (NFL.com) on Tuesday December 2, 2014.