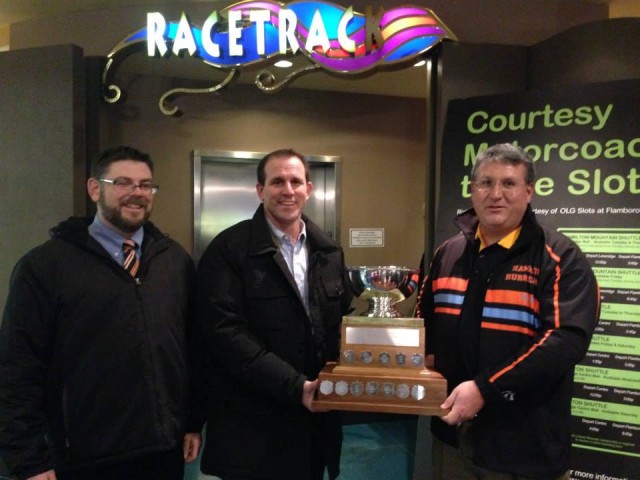 The Hamilton Football Officials Association awarded Joe Sardo , HFA Youth Division Commissioner (middle) with the Seymour Wilson Award. This Award is given annually to a person who has dedicated their career to improving amateur football in the Hamilton area and made significant contributions. To this day, the award is the property of the Canadian Football Hall of Fame and is a permanent fixture at the museum.

Joe acknowledged the support from the many volunteers and from the Board including Brent Howlett, President HFA and Scott Donaldson, OFC Bantam Governor and HFA Spring 2013 Director. Through their vision HFA implemented the hghest caliber of coaching in youth sport, placed a high emphasis on youth safety and Hamilton youth football is united under one organization. Congratulations!